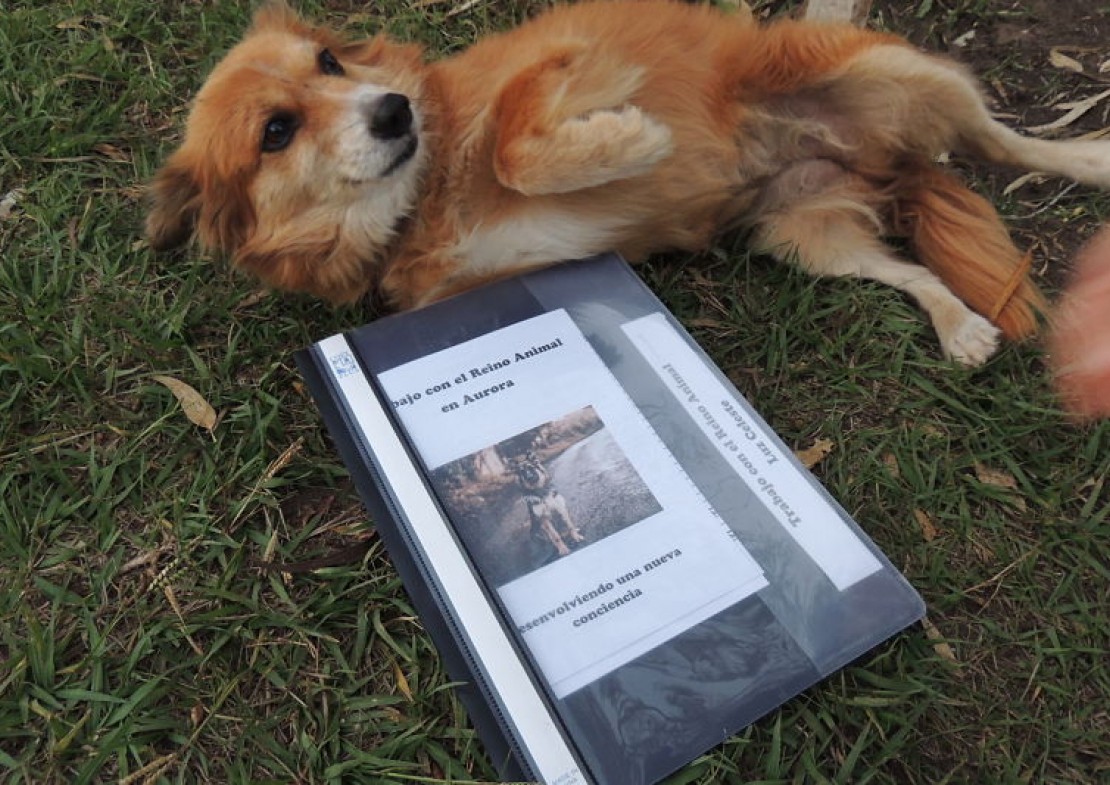 The Light-Community Fraternity of Aurora is preparing a series of talks for the purpose of developing a more conscious work concerning the care and the correct interaction with animals. 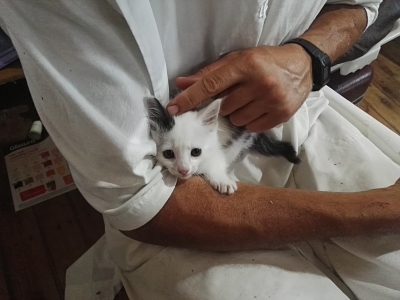 In the first talk, Friar Maximiliano, assistant veterinary, spoke with the members of the Community about several matters, from the most basic needs to the correct attitude and communion with animals for caringly leading them on their evolutionary path. “The objective is to have the animal transition from an instinctive life and help it create a more intuitive life”, explained the monk.

He clarified that with a correct attitude, the one responsible for an animal must know that they don’t own it, they are not the owner, but rather a tutor, a monitor and guardian attentive to its needs so as to be able to help it in whatever is necessary. 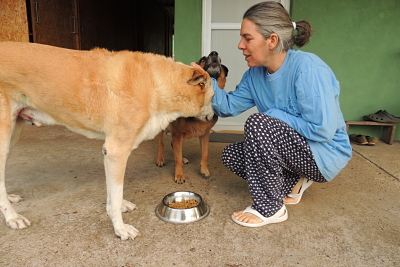 During the talk, a specific program was launched containing the ideal routine for anchoring the foundations in the care of dogs and cats. In this program there is information on the importance of keeping them clean and brushed, creating stable rhythms of feeding, taking walks and taking adequate care of their spaces. “When animals begin to follow a rhythm, they prefer to remain more with the humans, they change their behavior,” explains Friar Maximiliano. 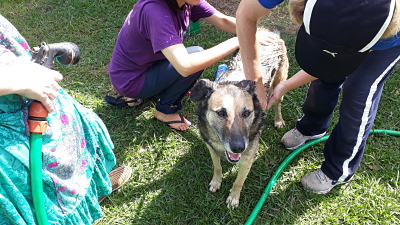 The program also established that a file must be created with folders for each animal, in which all the records on vaccines, medications, diseases and other care must be included, facilitating control and having the one responsible be more attentive. As Friar Maximiliano explains: “Each caregiver will have a specific training program according to the behavior of each animal treated.” 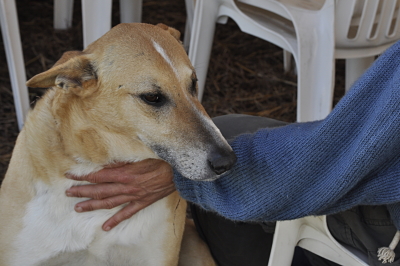 The transmission of a study in Portuguese of José Trigueirinho Netto, called “The Energy of the Rays and Animals” is also part of the program.

In a dialogue between the speaker and the participants, it was emphasized that especially dogs and cats have a perception about things that happen to the guardian and reflect many of the energies that they perceive, so it is therefore important to pay more attention to observing them and allowing for that mutual assistance.

Nara Câmara, a reliable collaborator and responsible for a cat, highlighted that “through this talk, we became aware that taking care of animals is a constant work of service and self-giving, because one has to step outside of oneself to take care of the other.” And Nara ended by saying: “I perceived that to improve some behavior in the animal, one needs to improve that aspect in oneself.” 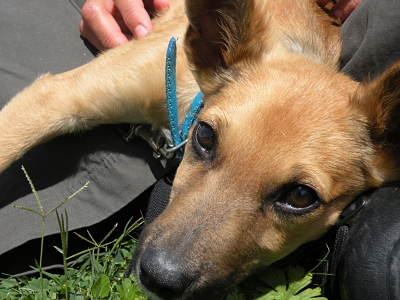 The members of the Light-Community Fraternity of Aurora considered the talk to be important work, in which they were able to become aware of the relevance of a harmonious co-existence between the human being and the animals for the evolution of all. “It is very important for the Community to re-activate and revive those commitments with the Animal Kingdom,” emphasized Nara.

At the end of the presentation, it was established that in the next meeting the talk would be to broaden the horizons, for it will deal with the care of other animals that live in the Light-Community, among them cows, horses, geese, and chickens.