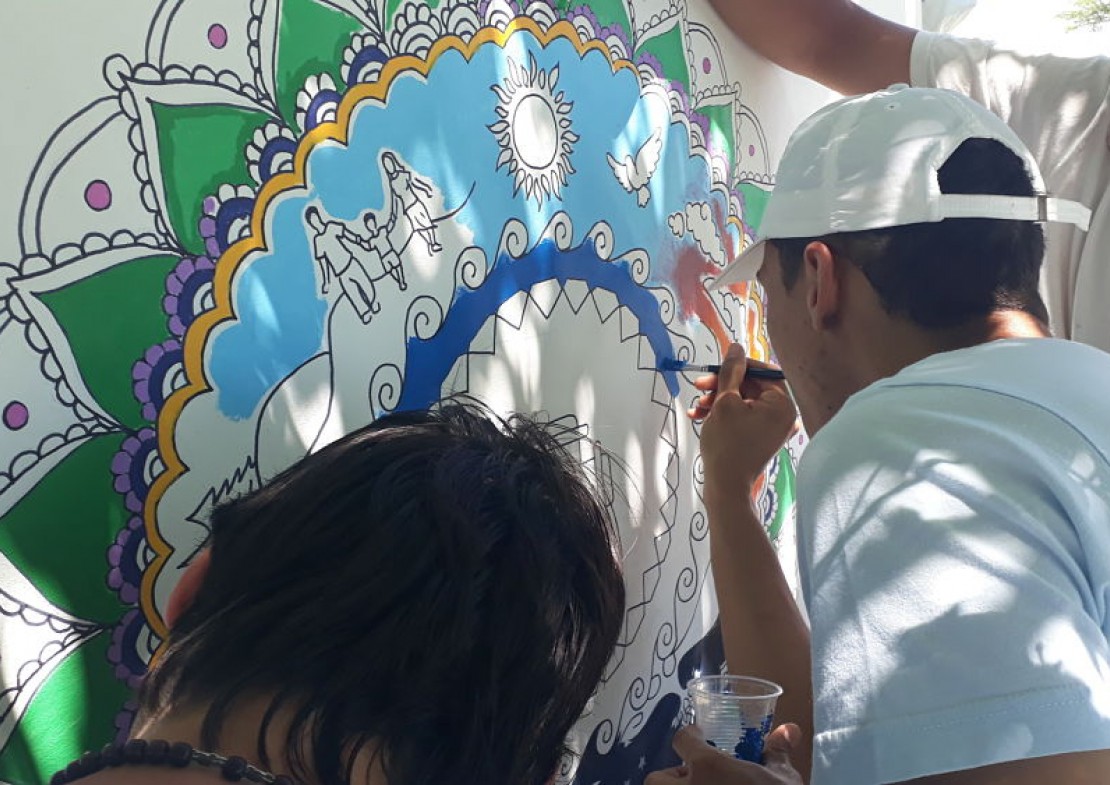 After the impulse given by the Youth Festival for Peace that took place at the city of Montevideo, Uruguay, the young hearts were called to participate in the 3rd Youth Pilgrimage to the Marian Centers. This time, on November 16 and 17, the Marian Center of Aurora invited them to deepen into the energy of unity, of fraternity and into the construction of a better world through the contact with Nature.

The Marian Center of Aurora, a place consecrated by the Virgin Mary near the Dayman River, in Paysandú, Uruguay, gathered 38 adolescents and youths from Uruguay, Brazil and Argentina. They were driven by the impulse to get to know this Sacred Center and to unite their hearts for an inner work in unity with the Kingdoms of Nature. 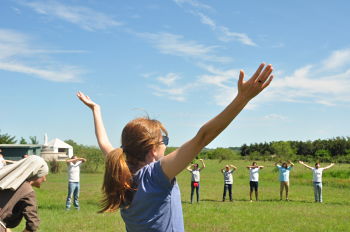 The encounter began with a beautiful sunny morning where the ones who arrived introduced themselves one by one in between songs and chants. Then, right away, a work out was carried out in order to open a day full of different activities. 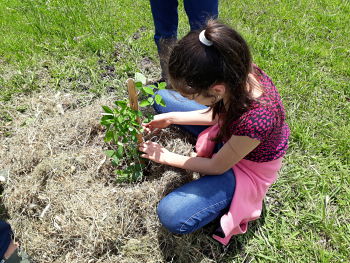 After the introduction of these themes in the shade of a mulberry tree, the participants had the opportunity and the task to go through the field individually or in groups in order to internalize the information and to establish a connection with Nature through the plantation of different species of trees.

Juan Manuel, a 22-year-old, told us: “Then we had a moment of reflection and prayer where each one of us shared his and her experience and I felt identified with what each one shared. As if each one of us had felt something that connected us all.”

This first part of the day closed with a fresh vegan lunch served at an area of the Marian Center which is surrounded by the beauty of woods with native trees. 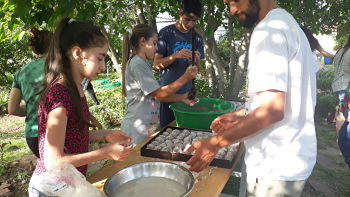 During the afternoon, at the garden of medicinal herbs, a space for the preparation of vegan food was set up accompanied by songs; this brought harmony and unity among the young people present and prepared them for a very special moment: the deepening in the parables and the Ecumenical Communion at the Blue Cross, a spot where you can enjoy the sunset with a wide view of the horizon.

Everyone were able to open their hearts and share their feelings, thoughts and reflections upon the sacred texts and what they are meant to teach us through those few and simple words. This gave room to prepare internally for the moment of Communion with Christ under the blue light of Emmanuel. 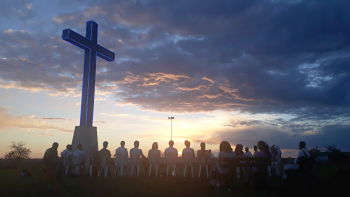 On the next day, after beginning with songs and chants to establish a connection with the Elements of Nature, the youth participated in the artistic activity of the encounter: the painting of a mandala with a design that represents the New Humanity.

“Mandala” is a word of Sanskrit origin that means “circle” and which represents the unity, the harmony and the infinity of the universe through balance. The guideline was to always observe what the other had started with in order to know how to continue. This allowed to work in unity and in harmony which was reflected in the colors that were combined. “I felt how the group energy worked and this moved something within me, internally, it activated a key that opened something. I felt this is a beginning”, told us Sebastian from Buenos Aires, Argentina. 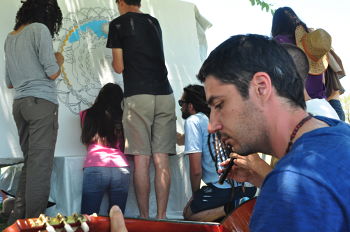 During this exercise, music with different instruments began to emerge spontaneously, generating all together an atmosphere of fraternity and union. The seeds of the New Humanity sprouted within each soul through the artistic expression, through the harmony that music expressed and through the manifestation of the surrounding Nature.

Celeste, a 15-year-old girl, said: “Little by Little, you start opening your heart and internalizing the teachings that give us those great beings such as Mary, Jesus. Although they say you never get to fully know Them, what was generated here was like a start, a beginning to serve God.” 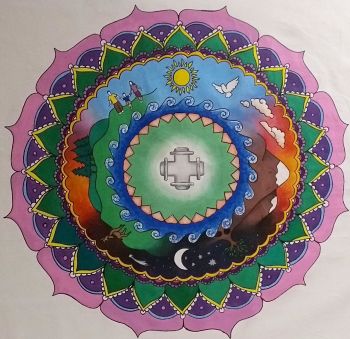 During the encounter, the youth could express their inner world, nourish themselves from the peace of the place and from the communion with the Kingdoms and be able to create new bonds of love among these souls that will be part of the New Humanity.

“In each point on the Earth, the legions of the end times will be born, and will have Universal Love as their religion. These legions will be made up of adolescents and youths who will impel the world into experiencing the change of consciousness. The legions will have nothing to gain nor to lose. They will awaken awareness in the care and the love for the Kingdoms of Nature and for the planet.”

Extract from the message of the Glorified Christ Jesus, September 27, 2019.